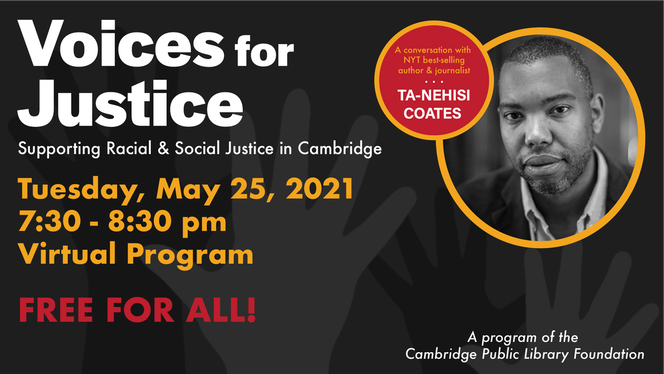 ​Ta-Nehisi Coates is an author, journalist, screenwriter, executive producer and professor. He is the author of the bestselling books The Beautiful Struggle, We Were Eight Years in Power, The Water Dancer, and Between the World and Me, which won the National Book Award in 2015. In April 2018, Between The World And Me was adapted for the stage and premiered at the iconic Apollo Theater. In November 2020 it was adapted for film and aired on HBO, and for which Ta-Nehisi was an Executive Producer. His novel The Water Dancer will be turned into a film adaptation – with Ta-Nehisi writing the screenplay - and will be produced by Plan B Entertainment, Harpo Productions and MGM Studios. He is also the current author of the Marvel comic Captain America. Ta-Nehisi is the recipient of a 2015 MacArthur Fellowship. He is currently in his fourth year as a distinguished writer in residence at NYU's Arthur L. Carter Journalism Institute.

Thank you to our generous Voices for Justice sponsors!